What do we mean when we say local economy? We often mean we want more of a connection with others, with the growers of our food, the crafters of our tools and the innovators of technologies we utilize every day. This is ultimately about intimacy with others and these presenters will help us explore how local economic activity and infrastructure can support or discourage that deeper bond and connection. 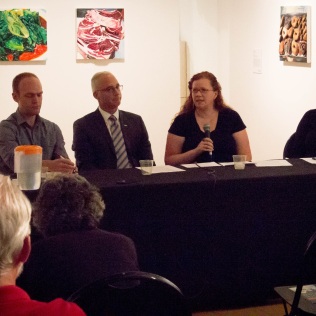 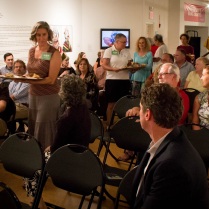 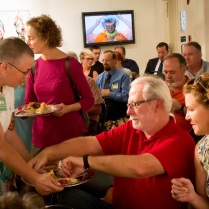 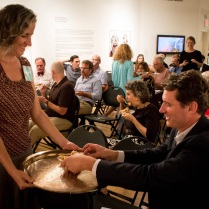 Steven E. Trager (Chairman and Chief Executive Officer, Republic Bank;President and Chief Executive Officer, Republic Bancorp) After completion of undergraduate studies at the University of Texas at Austin where he received his B.A. degree in finance, Mr. Trager went on to receive his J.D. degree from the University of Louisville School of Law. For a period of two years, he was associated with the law firm of Wyatt, Tarrant & Combs. Mr. Trager then joined Republic Bank & Trust Company as General Counsel in May of 1987. In 1998 he was further appointed to the position of President and Chief Executive Officer of Republic Bancorp; and, in 2012 he was appointed to the position of Chairman and Chief Executive Officer where he remains actively involved in the operation and retail management of Republic’s forty banking centers in Kentucky, Indiana, Florida, Ohio, and Tennessee with total assets of $3.5 billion and $1 billion in trust assets under custody and management. Mr. Trager currently serves on the boards of Bellarmine University, the Louisville Regional Airport Authority, Fund for the Arts and the University of Louisville Board of Overseers. He was recently inducted into the Junior Achievement Hall of Fame and was previously inducted into the Atherton High School Hall of Fame as well as being recognized as the Juvenile Diabetes Research Foundation Man of the Year and the Entrepreneur of the Year in Southern Ohio and Kentucky by Ernst & Young.

Carrie B. Van Winkle (Socially Responsive Investment Advisor Natural Investments, LLC & Co-Founder of Slow Money Kentucky) Carrie has dedicated her life to building a sustainable and just community, both locally and globally. Her work as an Investment Advisor at Natural Investments is a pivotal part of this work by empowering individuals and families to both achieve their financial goals and have a positive impact in the world through socially responsive investing. Seeing the importance of access to capital to support healthy growth in small businesses and inspired by what other Slow Money groups around the country were doing to support their local sustainable food economies, Carrie brought together a number of key stakeholders in the Louisville metro area and co-founded Slow Money Kentucky. Now in its second year, Slow Money Kentucky has catalyzed nearly $100,000 in loans between individuals and local sustainable food enterprises, many of whom are farmers.

Beth Thorpe (Lead Coordinator, Louisville TimeBank; Editor of the TimeBank Knowledge Commons-Community Currency in Action)
Beth came to TimeBanking with the idea that people and communities need meaningful social connections to thrive. The Louisville TimeBank was just becoming established by founder Jennifer Turner in the winter of 2012 as Beth arrived in Louisville and she promptly became involved with running the TimeBank. Drawing on life experience of successful business ownership and lifelong commitment to social justice she has been able to help the TimeBank continue to grow its membership and support the framework that connects hundreds of Louisville timebank members build a community of  sharing, trust, and friendship by exchanging services of time and talent.
The Louisville TimeBank
The Louisville TimeBank was founded by Jennifer Turner in December 2011. With the help of local and national media featuring the TimeBank several times in print and on television, and members encouraging friends and family join, the Louisville TimeBank has grown to one of the more active TimeBanks in the country.
Timebanking is an organized way to pay-it-forward. Every hour a member invests by helping another in the TimeBank can be exchanged for an hour of any service being offered by other members of  the TimeBank.
Members have offered music lessons, rides to medical appointments, pet sitting and much, much more; all the while building ties of community, trust and friendship.